For the Universal Exhibition of 1900, Jouve sculpted five bas-reliefs for the monumental entrance door.

From the models, Alexandre Bigot made a frieze in flamed porcelain stoneware, which reproduced these bas-reliefs several times. Bigot will then market reductions of the different models.

Several other ceramists will also publish sculptures by Jouve.

Jouve at the request of the architect Binet, sculpted five bas-reliefs for the monumental entrance door. For this frieze of more than 100m, each bas-relief (tiger, bear, lion, bull, mouflon) was repeated and formed the base, with a double frieze. The lower frieze, commissioned from Paul Jouve, ran all around the base at about 2 m from the ground, the upper frieze being the frieze of the work carried out by Guillot. This frieze will be executed in greenish brown glazed flamed sandstone by the sculptor Alexandre Bigot.

Based on Jouve's models, Alexandre Bigot made these bas-reliefs in flamed porcelain stoneware. Bigot will then market reductions of the different models. 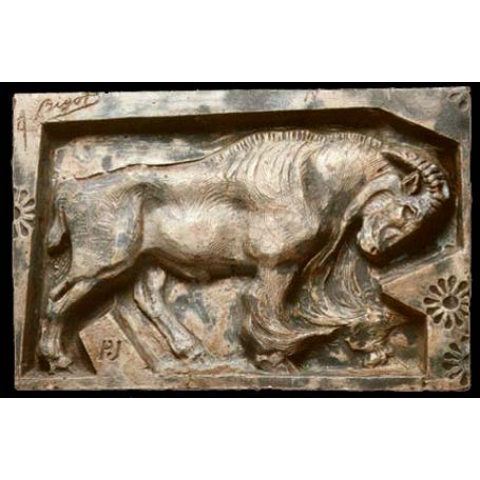 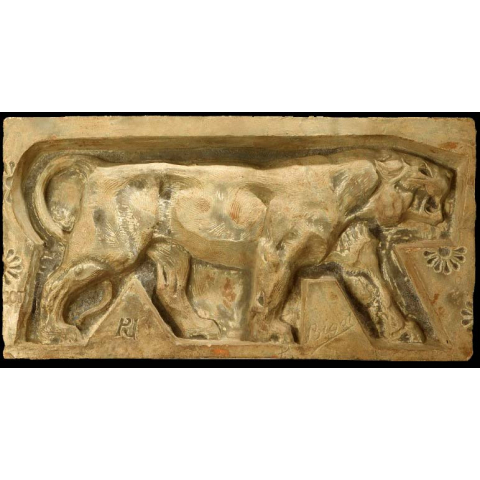 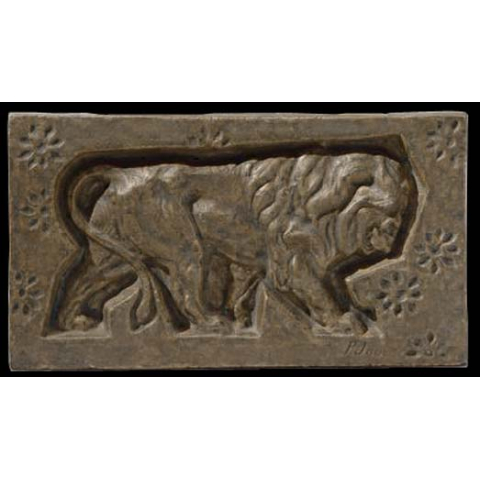 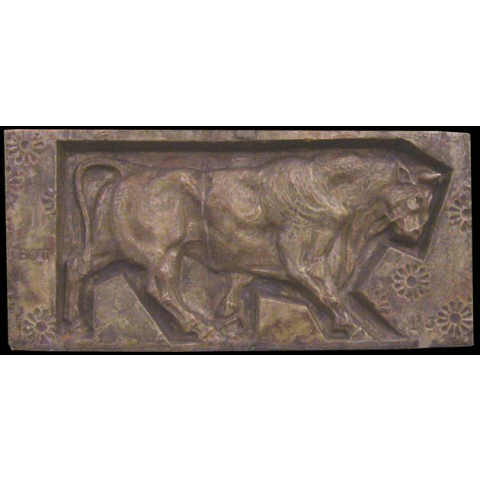 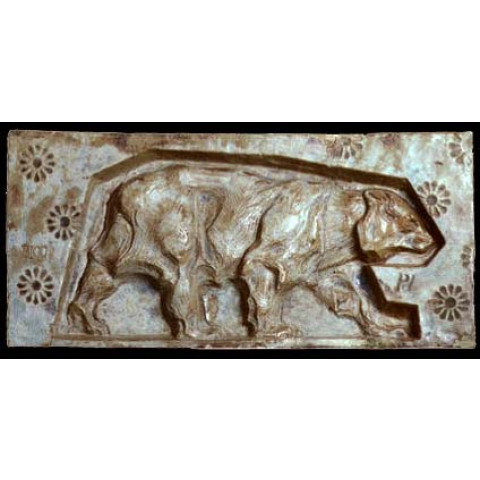